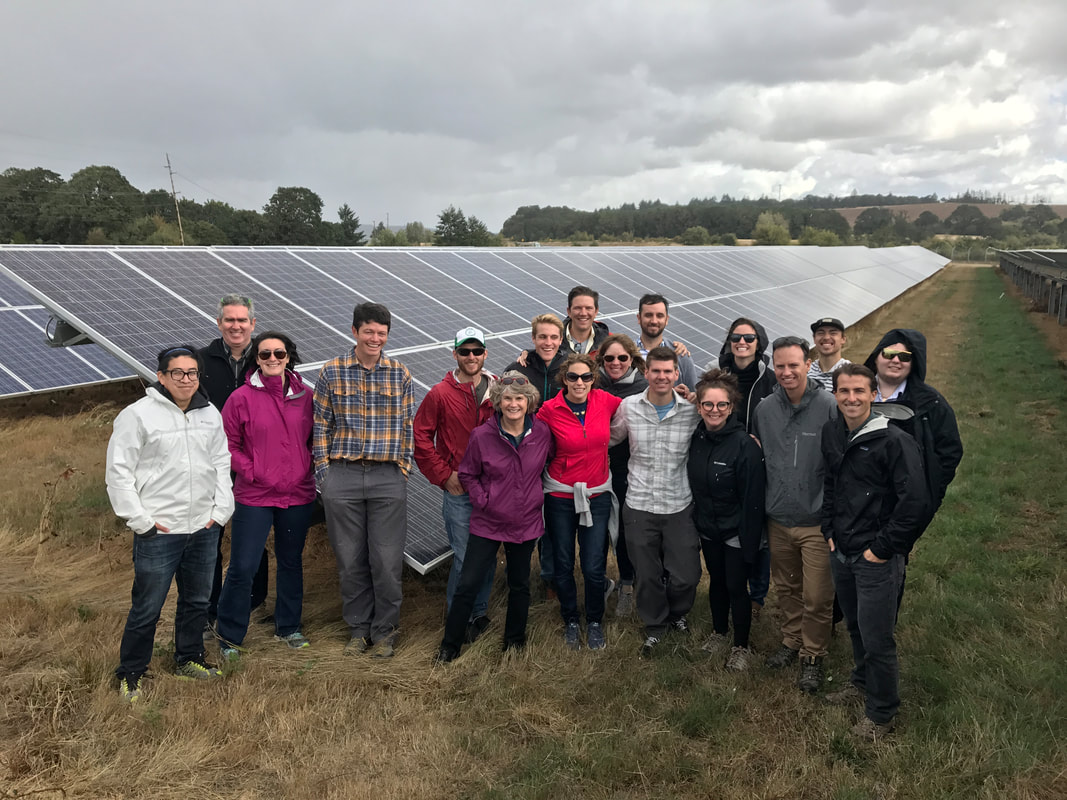 Two Ashland, Wisconsin nonprofits are installing solar photovoltaic systems on their facilities.  The nonprofits are household names in the Chequamegon Bay area of western Lake Superior - the New Day Advocacy Center and The BRICK Ministries.

The BRICK’s mission is to compassionately help people in need.  They are best known for their Food Shelf Program, but also provide emergency financial resources and referrals with a focus to keep people in their homes through their Benevolence Program.

Both organizations have considered solar installations in the past to reduce utility expenses and to generate clean energy.  But as each nonprofit had roofs which needed repair, and had purchased or recently moved into newly renovated facilities, they were both financially strained. The solar would have to wait.  That was until Eric Udelhofen called from OneEnergy Renewables, a community and utility scale solar project developer based in Seattle, Washington with a satellite office in Madison.

OneEnergy had 35 high-quality, modern solar modules they wanted to donate to a worthy Ashland nonprofit.  OneEnergy was the solar developer on the recently constructed 1-megawatt Xcel Energy community solar garden in Ashland. The modules were “bones,” extra parts, left over from purchasing or shipping in bulk quantities, and OneEnergy wanted something good to come from their surplus.

Solar modules represent roughly 15% of the cost of a small solar project.  The other 85% is comprised of inverters, racking, miscellaneous additional materials and labor.  Jolma Electric of Ashland, who was also involved in the installation of Ashland’s community solar project, joined the project agreeing to perform its installation services “at cost,” and the total project cost was reduced by 22%.  Then C&S Design & Engineering, also from Ashland, reduced their engineering cost by 50%, further lowering the total installation price.

Additional funding was needed to cover the remaining balance of the installation.  The New Day Board was the first of the two projects to vote to move forward with raising the remaining funds.  A GoFundMe site was set up and $6500 was raised in two weeks.  In addition, $3400 of private checks were received designated for the solar installation.  Of the nearly $10,000 of cash donated to the New Day rooftop solar project, OneEnergy employees donated $6,000.

There is another story here.  At the core of OneEnergy’s business model is a commitment to serve the communities in which they operate, along with a strident belief that the transition to clean energy will help create a more sustainable and equitable global economy.  Not only did the corporation donate the solar modules, but employees stood behind this commitment and donated their personal cash.  The status quo of corporate America as an entity has become isolated from their communities.  OneEnergy, as well as Jolma Electric and C&S Design and Engineering, are demonstrating an alternative approach, modeling a more enlightened view about the role of companies in society and a commitment to be the change that they wish to see in the world.

So New Day’s project is off and running and now The BRICK has begun its fundraising campaign.  An awning style installation was designed by Jolma Electric and C&S Design & Engineering.  The donated modules will fill half the south façade of the facility with opportunity to fill the remainder if or when funds allow.  The full project would cost $31,990 of which $20,490 has already been raised.  A GoFundMe site has been set up for The BRICK to fund the remaining $11,500.  If you can help go to:  https://bit.ly/3k0IeLm to donate.  Alternatively, you can mail a check directly to The BRICK at:

During this time of COVID-19, it is encouraging to see that community-building defeats fear, love overcomes hatred, and clean energy offsets fossil fuels.  With the support of this community, these two nonprofits, New Day Advocacy Center and The BRICK, are choosing the alternative path, the “culture of service.”